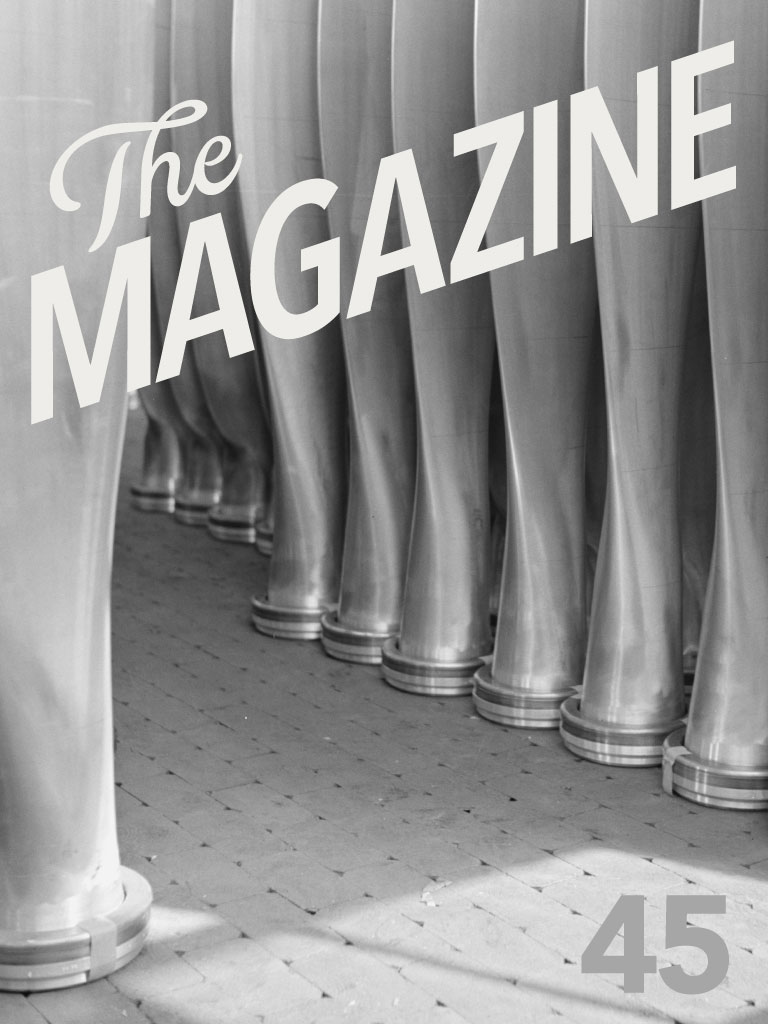 What happened to Amelia Mary Earhart remains a mystery, but the lack of knowledge picks away at people who want certainty. Did she get shot down by the Japanese? Crash-land at sea? Manage an island landing and live out her days with her navigator, Fred Noonan? (Star Trek: Voyager even posited that she and Noonan were captured by aliens.)

Almost 80 years later, though, Amelia Earhart is about to try again. If all goes to plan, her namesake Amelia Rose Earhart will take off on June 26 to follow the route that stymied her predecessor — and complete it. In Amelia Reincarnated, Liana Aghajanian follows Earhart’s journey to reach this point.

With our feet back on the ground, we had the happy simultaneous landing of three articles about libraries, which appear in this issue.

The world is a funny old place, and a few years ago I discovered that the Megan Prelinger I was hearing so much about in Internet archiving and related circles — along with her husband, Rick — was a Megan I knew from high school, decades before. The couple have created interesting resources that are both useful and unconventional, and Chris Higgins visited their unique private library in San Francisco a few months ago while researching a story about the Internet Archive, to which the Prelingers have also contributed. Chris explains the appeal of The Punk Library. I visited the Prelinger Library this last April, and I came away full of wonder about what individuals with passion and patience could accomplish.

Julie Schwietert Collazo looks into how countries, Mexico in particular, control their digital destinies in Own the Past. In the past, nations still in the throes of development would let richer countries handle archives, artifacts, and digitization. Now, there’s an effort to reclaim the task of conversion, while still making resources available to the rest of the world.

Finally, a wonderful secret lies in a nondescript room in a student building at the Massachusetts Institute of Technology. Squirreled away and overwhelming, the Mad Scientist Club of generations of MIT students and associates has created a remarkable library, unparalleled in its combination of range, depth, and accessibility. Tate Williams indoctrinates us in its secrets.

Blast from the past

Our fine publication has a monthly billing cycle but a fortnightly publication schedule because we launched via Apple’s iTunes Store, and that’s how things aligned. As a result, every six months we hit a period in which there are three publication dates in a single month!

Thus, we pluck items from our archives for your pleasure in our next issue, out July 3 (Issue 46). We’ll be back with new content on July 17 (Issue 47), refreshed and ready to have at it again.

And we’ll have some fantastic news to announce before Issue 47 is released, too.

On “Curly with a Fringe on Top”

All I have to say about this is (makes satisfied sound while rubbing belly).

You can tap the Share button in iOS at the top of any article and then tap Write Letter to Editor. Or email us with your thoughts, noting any article to which they apply. We also read comments and questions on Facebook, Twitter, and Google+. (Although we see iTunes reviews, we cannot respond there; please contact us directly with any issues that need a response.)

Cover photo by John Collier for the Office of War, 1941.

The Magazine is produced by a small but dedicated editorial staff.